Due to the size of its lots, Regal Heights is one of the pricier neighbourhoods in and around St. Clair West. Subsequently, it’s primarily home to established families who have been in the area for many years.

Houses are generally larger than those found in neighbouring Wychwood and Davenport Village, and are perched 50 to 75ft. high up on the Davenport Escarpment. Some of these beautiful homes offer the most breathtaking views of Toronto’s downtown and Lake Ontario.

As Regal Heights is situated just west of Wychwood, the two neighbourhoods share many of the same amenities along St. Clair Avenue West, including restaurants and specialty food shops. A few trendier restaurants have also opened up in neighbouring Corso Italia to the west. Corso Italia is a lively, atmosphere-packed area that’s peppered with Italian restaurants and cafés. During large soccer events like the World Cup, die-hard fans arrive in droves so if you’re hoping to get a seat in one of the local establishments, arrive early! 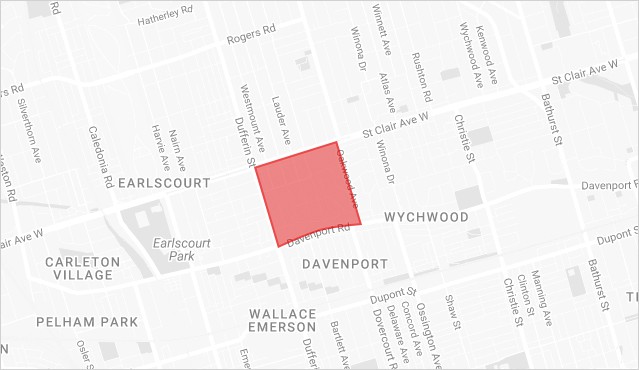 Thanks to bus services, which are within easy reach of every home, Regal Heights is well served by public transit. Routes can be accessed along Oakwood Avenue and Davenport Road, and the St. Clair streetcar gets residents to the St. Clair West subway station in 10 minutes.

By car, downtown can be reached in 10 minutes via Christie Street and major highways are just a 15-minute drive away.

It’s Monday morning and I just dropped my daughter off at daycare without a hitch – now that’s a rarity on a Monday --- we are off to a great start to the week. I decide to knock off some of my morning tasks at The Sovereign Cafe on Davenport. This espresso bar has become a local favourite in the 4 years it's been open. The Sovereign is a great gathering place in the Davenport Village neighbourhood, an area that has continued to gentrify over the past 10 years.  The takeout location is located just around the corner at the bottom of Oakwood Avenue right at Davenport.  It is amazing that they can sustain two locations within a 5-minute walk of one another – it’s a testament to the quality of their products and service and the true support that their local customers give them. 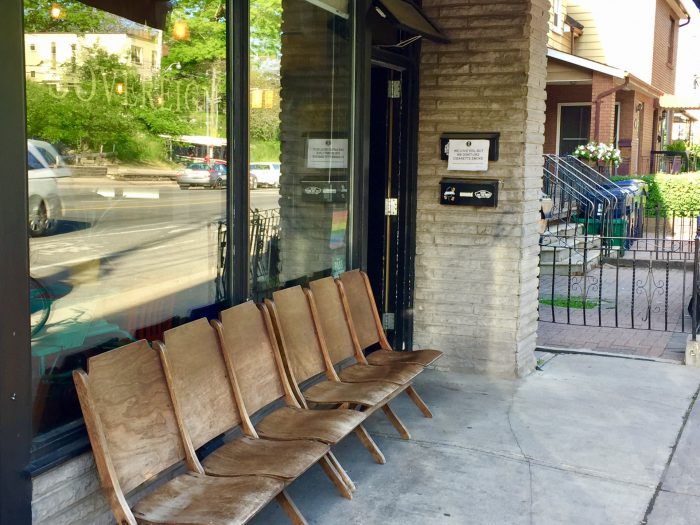 At around 8:20AM a stream of regular’s pop in for their morning espresso-based drinks. As the neighbourhood regulars step through the door these baristas are “on” their orders.  I got my regular, a Double Americano, which is up there as one of my favourites in the city. I also treated myself to a Banana Chocolate Chip Muffin, which was still warm and oozing chocolate – this is one you shouldn’t miss. The Sovereign is just one of those places where you can easily get used to coming back every day. Good Company, Good Food, Great Coffee.  If you have time to stop by on the weekend, be sure to try out their weekend brunch. I will see you again soon @Sovereigncafe. -torontoyourway The Sovereign Esspreso Bar - 1359 Davenport Road The Sovereign Cafe (Take-out) - 1A Oakwood Avenue