Yonge and Eglinton is a popular spot for young professionals, with singles and couples living in condominiums, and urban families residing on the side streets east and west of Yonge Street.

By day, the neighbourhood is vibrant as professionals make their way to office towers at the main intersection. In the evenings, singles and couples gravitate to popular bars and top-rated restaurants.

Yonge and Eglinton is also home to several of Toronto’s most popular diners, including Boom and Mars, whose brunch menus draw visitors from neighbouring communities.

Residents of the Yonge and Eglinton area value the convenience and amenities that this neighbourhood offers – great restaurants, fabulous coffee shops, supermarkets, retail stores, fitness centres, medical facilities, ease of transportation and more – all at your doorstep.

Want to learn more about Yonge and Eglinton? Let’s talk. 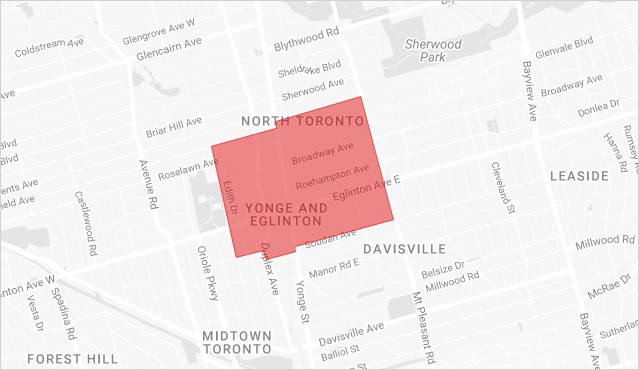 Residents of Yonge and Eglinton are within walking distance to a central hub for transit. Eglinton station is not only an access point for the Yonge-University subway line, but it is also a bus terminal where residents can easily board a bus to one of the many east-west and north-south routes that this station services. Three to four years from now, the Crosstown LRT, currently under construction, will ease east-west movement across Eglinton Avenue.

By car, downtown Toronto, Highway 401 and the Allen Road expressway are approximately 15 minutes away from Yonge & Eglinton.

I arrived a bit early - as usual - for my 11AM meeting this morning in the Yonge-Eglinton neighbourhood, so I decided to pop in to what is considered by many, Toronto’s best Turkish coffee shop, Istanbul Café & Espresso Bar. Although I have visited this café before, I’ve always had their double espresso and have never tried their Turkish coffee. Curious to see the difference, I decided on conducting a personal taste test. 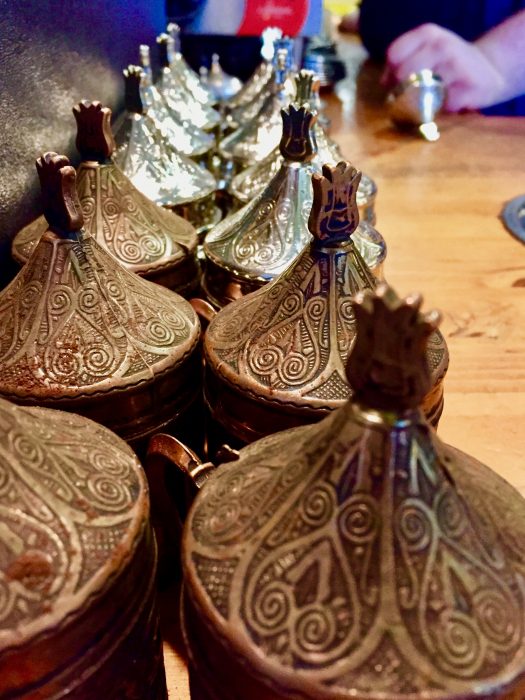 I watched my barista go through the process of making my Turkish coffee (without sugar), which is a very involved process (check out an instructional video here). After several minutes of watching the creation of my pot of Turkish coffee, my taste test begins. The Istanbul espresso has a nice bitter hit with a bit of a sour tang - a taste I can definitely relate to. Without a doubt, the Turkish coffee definitely has more complexity and depth to it. I really like both, but I can see why coffee lovers that enjoy a bold and more earthy taste would love this brew. It is definitely an experience I would stop in for again. 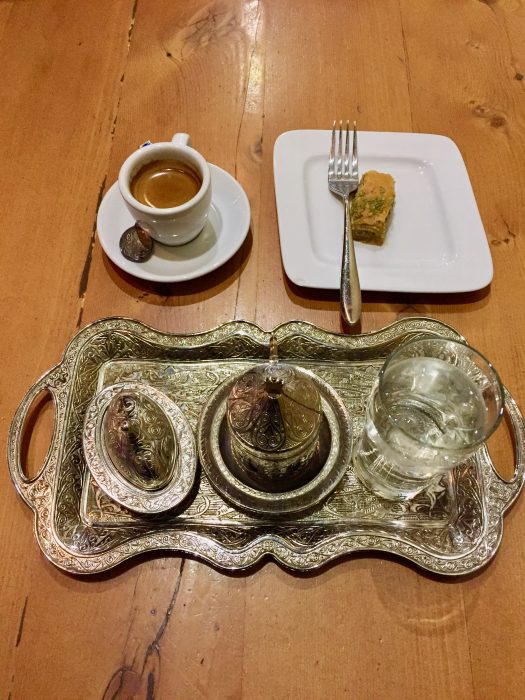 Not only does Instabul serve up great Turkish coffee and espresso based drinks, they also pour wine, beer and select liquors for the locals in the evening. In addition, several Turkish sweets are offered up including, Turkish Delights, Pistachio and Walnut Baklava and Sari Burma. Other offerings include croissant, muffins and cookies as well as several gluten and vegan friendly treats. 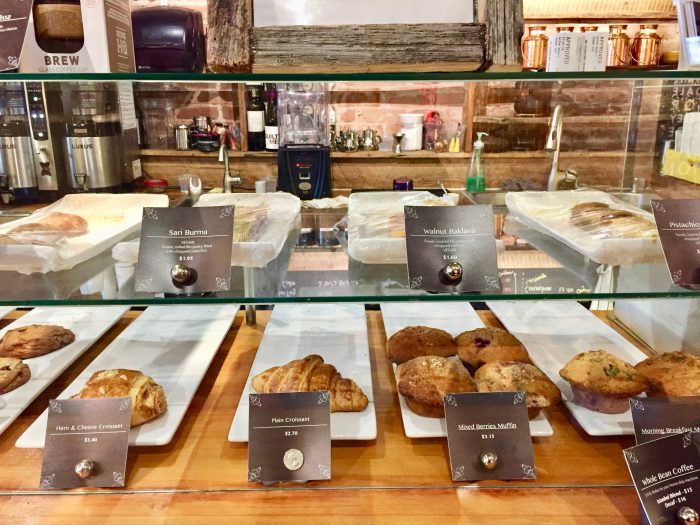 If you are looking for a new spot, Instabul’s eclectic look and feel makes you want to sit back and relax for hours on-end. I get the impression, that is what a lot of locals do, as every time I visit, it’s always very hard to find a seat. Business seems to be flourishing even with all the construction along Eglinton Avenue – great news for Instabul and the residents of Yonge-Eglinton. 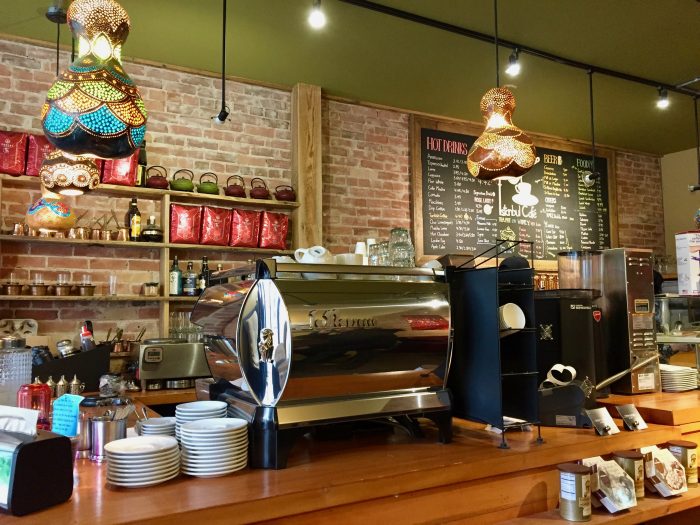 Time to head a few doors over for my 11AM meeting. Looks like I’ll be picking up a new listing today 🙂. -torontoyourway Instanbul Café & Espresso Bar - 174 Eglinton Avenue East

Today, I decided to stop by De Mello Palheta, as I was waiting to meet a client in midtown Toronto. De Mello opened in 2013 right before the Yonge-Eglinton neighborhood started to go through a massive redevelopment phase. When I'm in the area, this is one of my go to stops, as it serves up its own delicious self-roasted coffee blends. With its own roastery located in North York, De Mello supplies itself as well as other local indie coffee shops, including one of my downtown Toronto favourites, Neo Coffee Bar. De Mello’s owners, brothers Felix and Won, share their passion for coffee in every cup they serve. Just last week, blogTO crowned De Mello with the honour of serving Toronto’s Best Cappuccino – not an easy feat in a city with a burgeoning indie coffee culture that has some fabulous baristas and passionate coffee shop entrepreneurs. 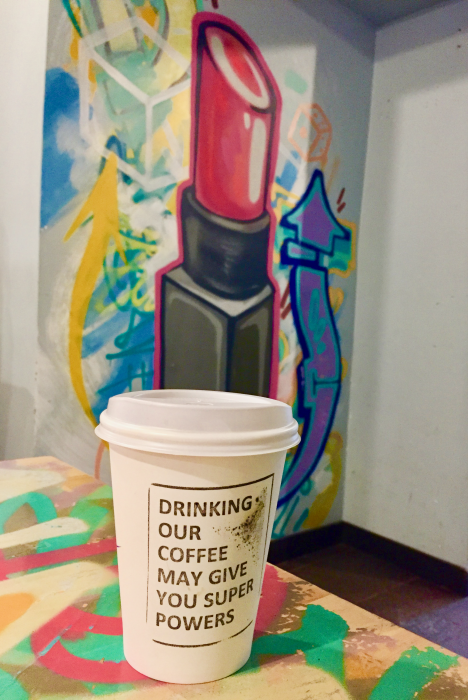 One thing De Mello certainly did not lose sight of is its food offering. With all the attention spent on roasting the perfect bean and training their baristas to serve a perfect pull of espresso, the brothers followed through by offering up a great selection of sweet and savoury snacks, as well as some great healthy alternatives. De Mello’s baked goods, tasty morning parfaits and layered oat cups are quite popular with their loyal crowd of young professional singles, couples and families that populate the condos, houses and apartments north of Eglinton.  This place is packed on weekends - churning out specialty coffee drinks and delicious croissants and muffins – be sure to get here early, these go fast! 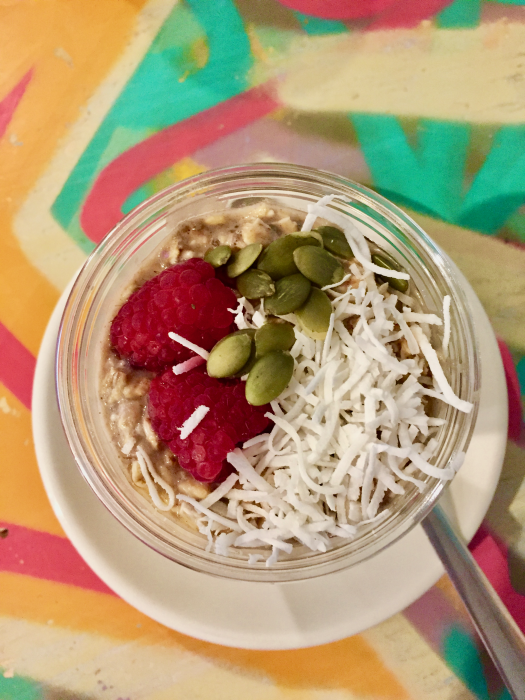 De Mello’s décor projects a very urban feel with graffiti-clad walls and a unique mural on the front façade. De Mello’s open kitchen in the back of this retail space displays its transparency and openness to their local patrons – something I always appreciate. 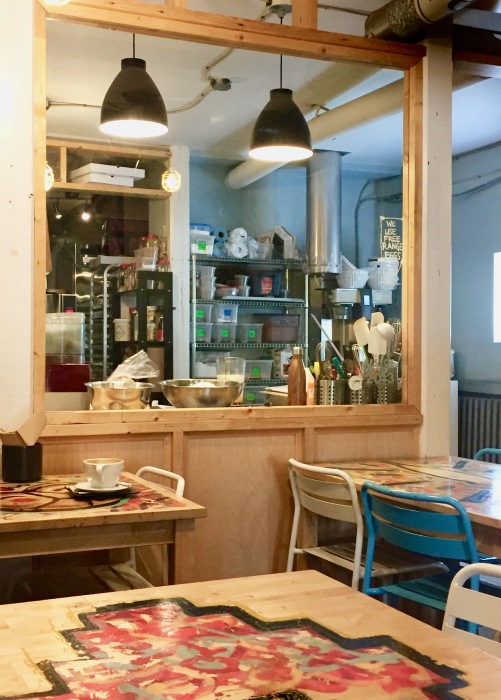 Well, it’s time for one last refill, then head out to my first appointment. If you haven’t been to De Mello in midtown Toronto’s Yonge-Eglinton area, you should definitely check it out. For those living in downtown Toronto, De Mello has arrived and is located in the newly launched Merchant Sons furniture store on Richmond Street West. You can be sure I’ll be back soon - maybe even this weekend for Toronto’s best cappuccino and a delicious chocolate croissant on the side! -torontoyourway De Mello Palheta - Yonge-Eglinton - 2489 Yonge Street De Mello Palheta - Downtown - 273 Richmond Street (Merchant Sons)